The phone will have a 64 megapixel quad camera.

Beijing: Xiaomi’s sub-brand Redmi will launch its new smartphone ‘Note 8 Pro’ in China on August 29. The phone will have a 64 megapixel quad camera. 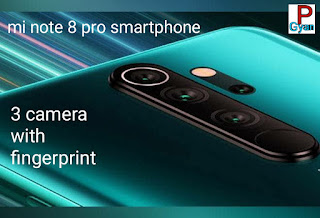 The media report said that the company has shown a glimpse of the Note 8 Pro on the Chinese social media network Weibo, in which three cameras are placed vertically on top, while the fourth camera is placed on the right side.

Along with the Note 8 Pro, the company is expected to launch the regular Redmi Note 8 phone, which is also expected to get four camera sensor features in the previous part. Apart from this, the company is also going to launch Redmi TV. According to the news, Note 8 Pro will have Snapdragon 700 series chipset and big battery. This device will run on the MUI 10 based on Android 9.0 Pie and will have a pop-up selfie camera, as it is in the recently launched Redmi 20 series.